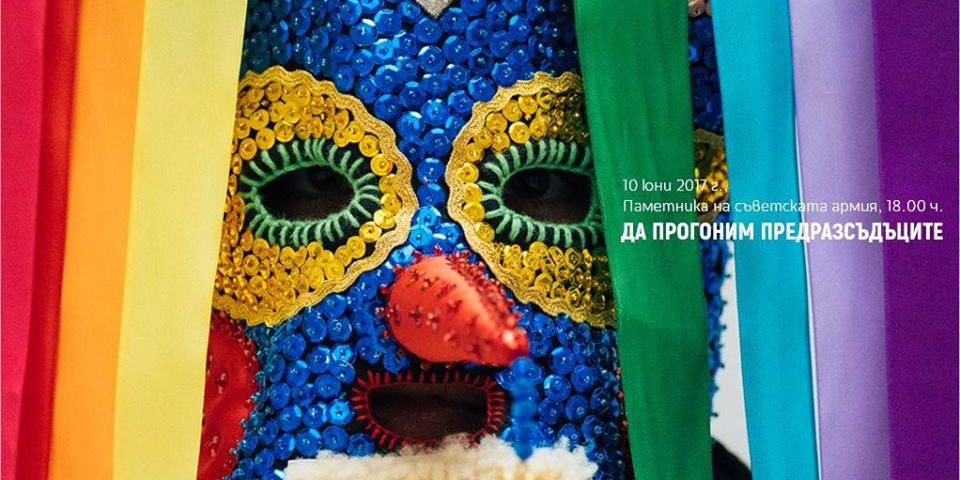 At a ceremony held on 10th May 2018 the Bulgarian Association of PR agencies (BAPRA) awarded “Sofia Pride 2017 – Let’s Chase Prejudice Away” with the 1st prize in the “Communication Campaign in the Public Sector” category. Responsible for the campaign are two of the most successful and renowned Bulgarian agencies – AMI Communications Bulgaria and NEXT-DC, who gave their support with indefinite enthusiasm and real devotion to the 10th anniversary edition of the biggest human rights rally in Bulgaria – Sofia Pride.

“Let’s Chase Prejudice Away” was based on the old Bulgarian tradition of kukerstvo, used to keep forces of evil and diseases away. The kukeri’s image was reinvented – in the typical masks one can find incorporated colours and elements, usually relating to the LGBTI community. The message remains the same nowadays: we have to put our efforts not against outer factors, but against those within us and the people around us. Namely – the prejudice against the other, is what the campaign states.

The Sofia Pride Organisational Committee heartily salutes the AMI Communications Bulgaria and NEXT-DC teams and thanks them for their willingness, free of prejudice, to support the equality cause in Bulgaria. We believe that together, the road will be lighter and will lead us to success! 1st place for “Sofia Pride 2017 – Let’s Chase Prejudice Away” in the the “Communication Campaign in the Public Sector” category, BAPRA Bright Awards.

The Bulgarian Association of PR agencies (BAPRA) was created in 2001 as an independent and voluntary NGO, that promotes and affirms PR as an activity in favour of modern society’s development. BAPRA works on improving the partnership between the PR business and the national & local government, academic circles, various businesses, civil organisations and the media on home soil. The BAPRA Bright Awards were established in 2010 to honour the most successful innovative PR campaigns, accomplished by PR agencies and corporate communications departments in Bulgaria. The initiative’s aim is to encourage and promote achievements in the area of communications at the national level.