Why do we have Sofia Pride and why should you care? 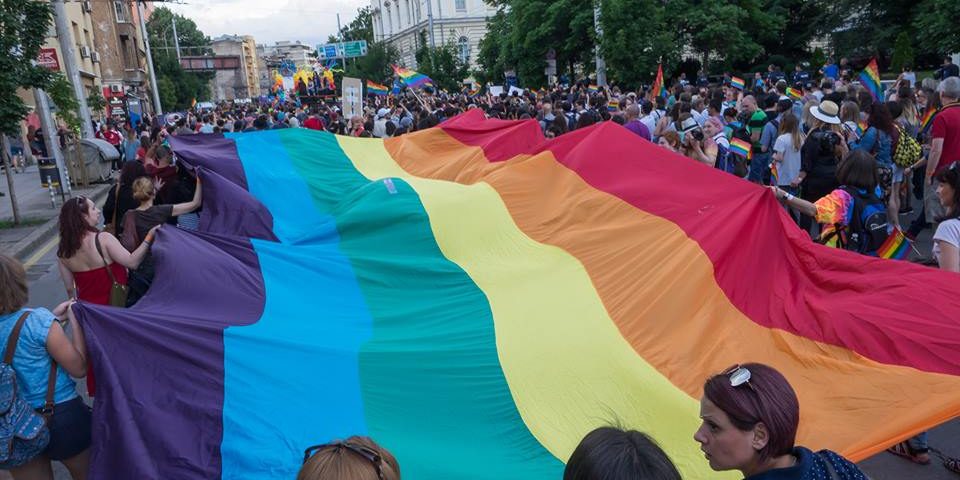 Ten years ago, about 120 people gathered in Sofia, the capital of Bulgaria, to attend the first “Sofia Pride” and to set an example for the rights and protection of LGBTI* Communities in their country. At that time, in June 2008, almost the same number of counter-demonstrators tried to violently stop that peaceful assembly. Since that day, the Sofia Pride takes place every summer in spite of all social and institutional opposition. The number of participants has grown twenty times of the first march since.

The Sofia Pride for several years have set a precedent against discrimination based on sexual orientation and gender identity in Bulgaria. The basic recipe to combat prejudice for the organizers are: Talking to each other, reconnaissance, providing premise for discussion.

That is why accompanying events such as political and social discussion rounds or the LGBTI Film Festival and the LGBT Art Week make out a big portion of Sofia Pride in order to help create opportunities to meet and overcome prejudices.

Help urgently required to provide places of discussion and encounter

Sofia Pride and its accompanying events are organized by a handful of volunteers and supported by growing international attention.

However, despite the successes of recent years, Sofia Pride continues to face many challenges. The broad public opinion against LGBTI* themes is still negative, political support or representation is still a distant dream. Attempts to prevent the event are very common and make the work of the volunteers very hard.

The noticeable right wing backlash, caused by the recent refugee crisis and the brought Eastern European retrogression into nationalist mentality and actions at political and social level, is hitting also the LGBTI* communities. A longing for clear identity and family constructs are intensify and result in a growing, open rejection of diverse roles and family structures. That is why it becomes all the more important to oppose this development in its own environment, loud and clear and to show support of equality for all people.

By making a donation, you are helping the volunteers on site to realize Sofia Pride in 2017 and to continue organizing these important places for discussion.

Thank you so much!