Battle avoided is a battle won: a self-defense class

You are here:
NewsБез категория 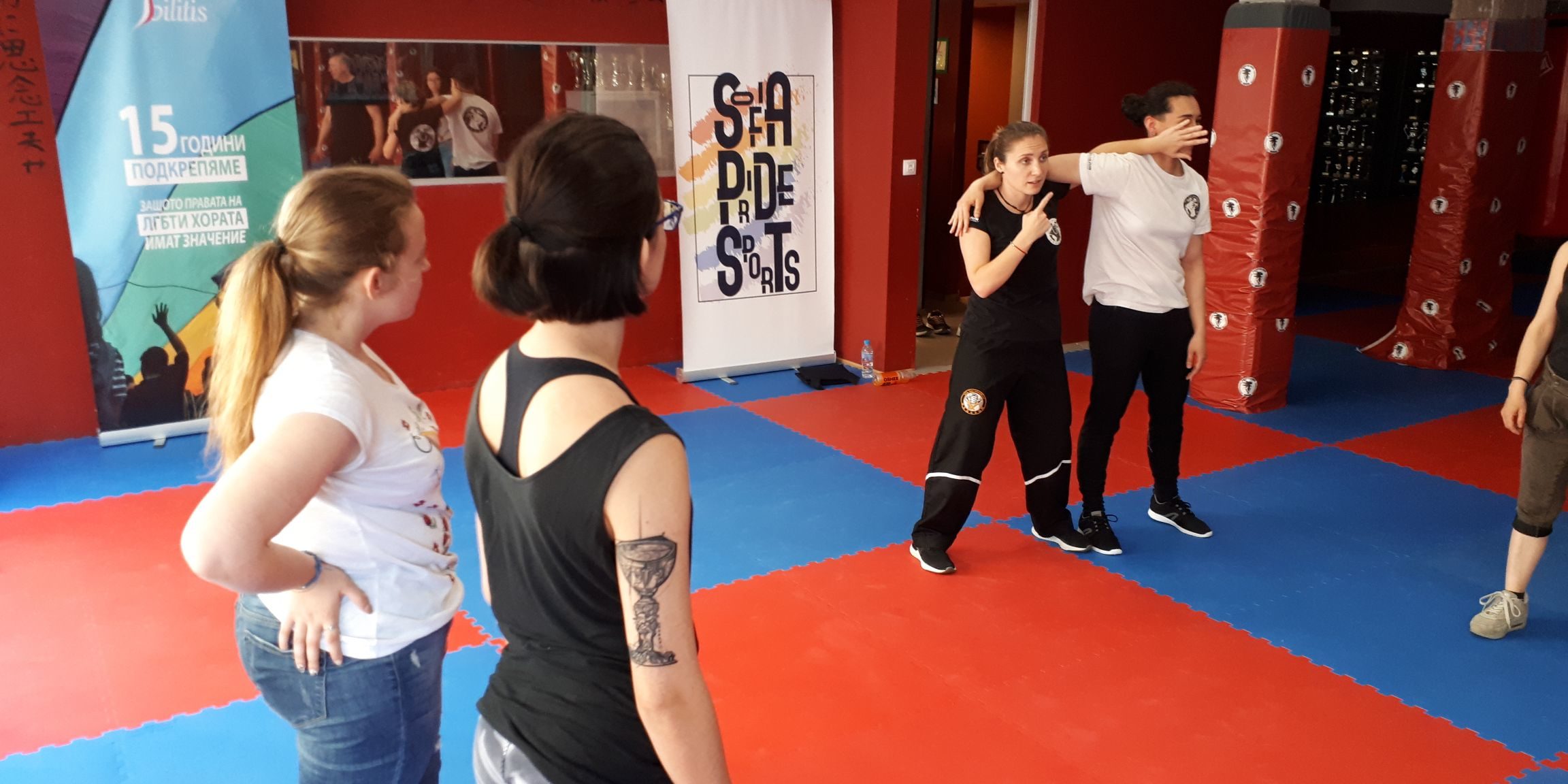 On June 1, just a week before the 12th Sofia Pride, Si-dje Alex Boreva and Si-hing Konstantin Krastev introduced the principles of Chinese martial art Wing Tsjun/Chun/Tsun during the second edition of the street self-defense workshop within Sofia Pride Sport. According to legends, Wing Tsjun was created by a Shaolin Monastery nun with the main goal to overcome a stronger striker(s) in a close distance.

After the warm-up, Alex and Konstantin began the lesson by reminding that the best self-defense is avoiding a conflict. However, we do not always have the opportunity to escape, and sometimes circumstances require us to defend against an attacker. For these cases, the two presented several basic principles of physical self-defense – looking for attacker’s weak spots, how to hit strike different body part (ex., hit the jaw with the palm), and most importantly, one should not stop trying to defend oneself. If a particular hit does not work, it should be immediately replaced by another, and so on until one can escape. The instructors also demonstrated a variety of techniques to protect against various types of assault – grips on hands or body, different types of choking, hits with fists, kicks, ground fighting, knife assault, attack by several attackers. Afterwards the participants had the opportunity to practice each of the demonstrated techniques for hitting with fists, kicks and gripping.

The second part of the workshop included a theoretical part in which Alex and Konstantin covered key themes, including how not to behave like a victim, how to de-escalate aggressive verbal provocations, how to yell for help effectively, how to behave in case of a stalker. The instructors reminded us not to listen to music and not to stare at our cell phones when coming home late in the evening, to always be aware of the surroundings and expressed their hopes that participants will never have to apply the lessons learned. And they reminded that one of Wing Tsjun’s basic principles is “A battle avoided is a battle won”.