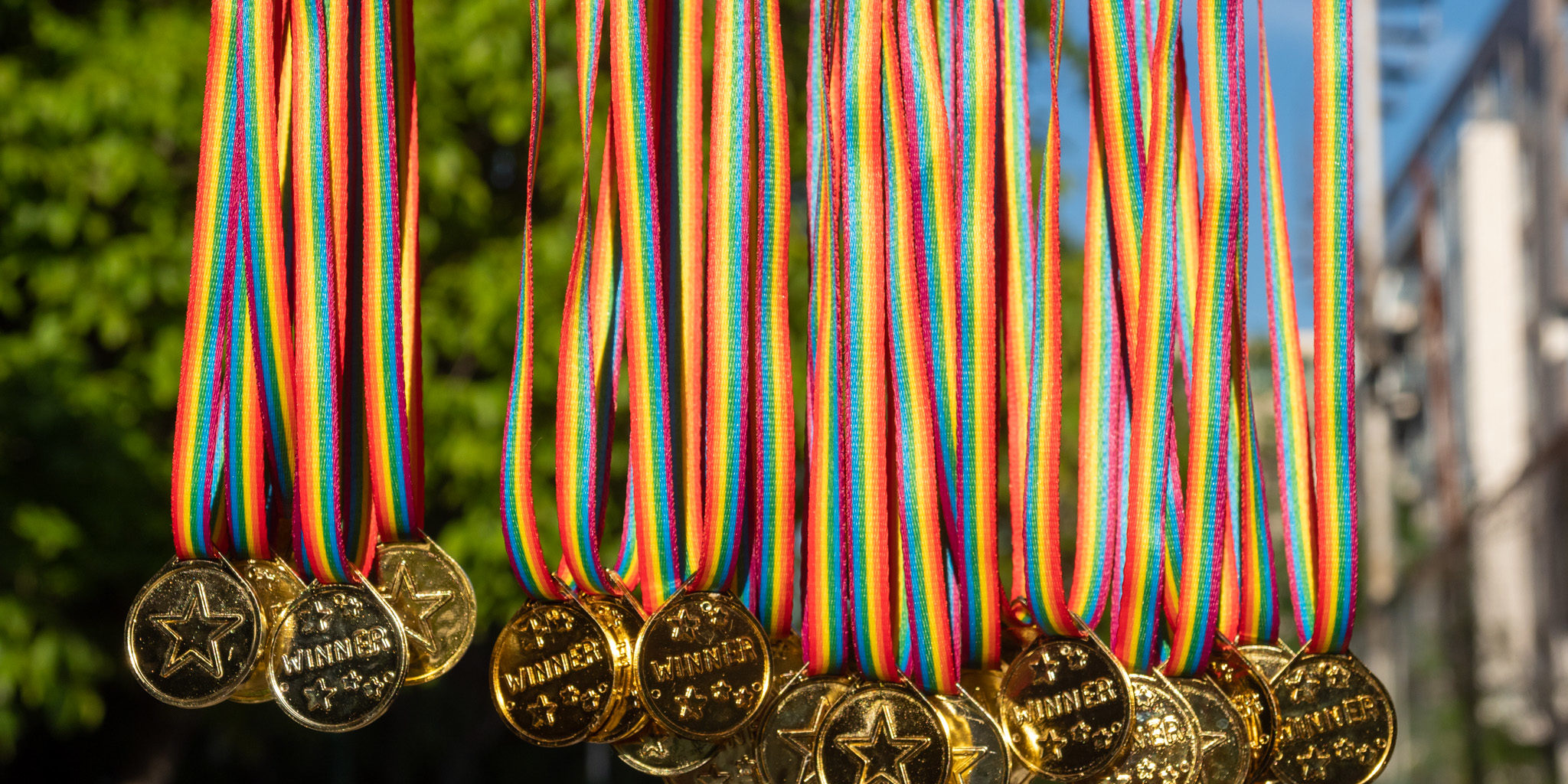 The sunny afternoon of May 18 was a challenging day filled with a lot of emotions and sporting spirit for the footballers from the 5 women’s teams who took part in the second edition of the Football Tournament, part of the Sofia Pride Sports program. This was also the first Sofia Pride sporting event that attracted a business ally! Football Radar is the first company to openly support our cause for non-discrimination in sports and we could not be happier! The awards for the participants in the tournament were provided by the organizers from Bilitis Foundation, Football Radar and Two Fingers, and our friends from Take a Cake surprised everyone with an exceptionally delicious special series of soccer cupckaes “Equal in Life and on the Field”.

From the start, we witnessed a disputed match between the teams of Matea and the Stars, which showed outstanding professionalism and strong team play. The winner of the match was Team Matea, with a score of 9 to 2. This score didn’t influence the spirits of Team Stars, and even encouraged them to fight harder and show how capable they are in the next matches.

In the highly contested second game, the Peach Team managed to take the lead and beat Team Two Fingers with 2 – 0. Nobody scored in the first half, however, many balls were drawn behind the touch line. It was obvious that players needed a much bigger field. The organizers promise to book the national stadium or even a bigger field in order to accommodate the needs of these two teams!

The Peach Team was so active that they had to face the international team DIIS (composed of participants from Portugal, Northern Ireland, Germany, Hungary and Bulgaria) immediately after the end of the match. Despite the tiredness in the fruity team’s players, they failed to give a big lead to the guests and lost the game with just one goal difference, with a score of 2 to 1 in favor of DIIS Team. Unfortunately for everyone, one of the players got and injury and had to exit the tournament. Immediately, our wonderful doctor Gergana took care of her. This left Team Peach lost one player, but at the same time gained one fan more!

In the fourth game, Team Matea managed to score 9 times over their opponents from the Two Fingers Team. The final result of the match was 9 – 0. It became clear that Team Matea is not only a contender for the top position in the tournament but also an obvious fan of the number 9!

Our international DIIS Team took another victory over Team Stars, with only one goal difference and a final score of 2 – 1. This made Team Stars nearly restless to go into the next match with our friends Team Peach. Whether they were still warming up or haven’t rested from the previous match, we don‘t know, but Team Stars took a 2 – 0 win over the Peaches, which automatically put them in the top three of the tournament.

The last and most disputed match was between the first-place teams of DIIS and Matea. After a fierce struggle and extremely noisy fans who did not stop singing and shouting the entire Mir and Druzhba sports complex, the final result was in favor of Matea’s goal masters, who scored 3 – 0 over the DIIS guests.

The medals and prizes were distributed by our organizers from the Bilitis Foundation, who also provided 5 special awards.

Most attractive player prize won Ruska from Team Two Fingers, who showed indomitable character and commando power, participating in 4 consecutive games without a break. The prize for the best goalkeeper went to Team Stars’ Sofia who showed exceptional professionalism! The Peaches Team got the prize for sporting spirit and it was absolutely deserved! Carolina of the DIIS Team was crowned MVP of the tournament. Golden shoe of the tournament got the leading goalscorer and author of at least 9 goals from the winning team of Matea!