Daniel Kaddik: It is a matter of principles to stand by your side 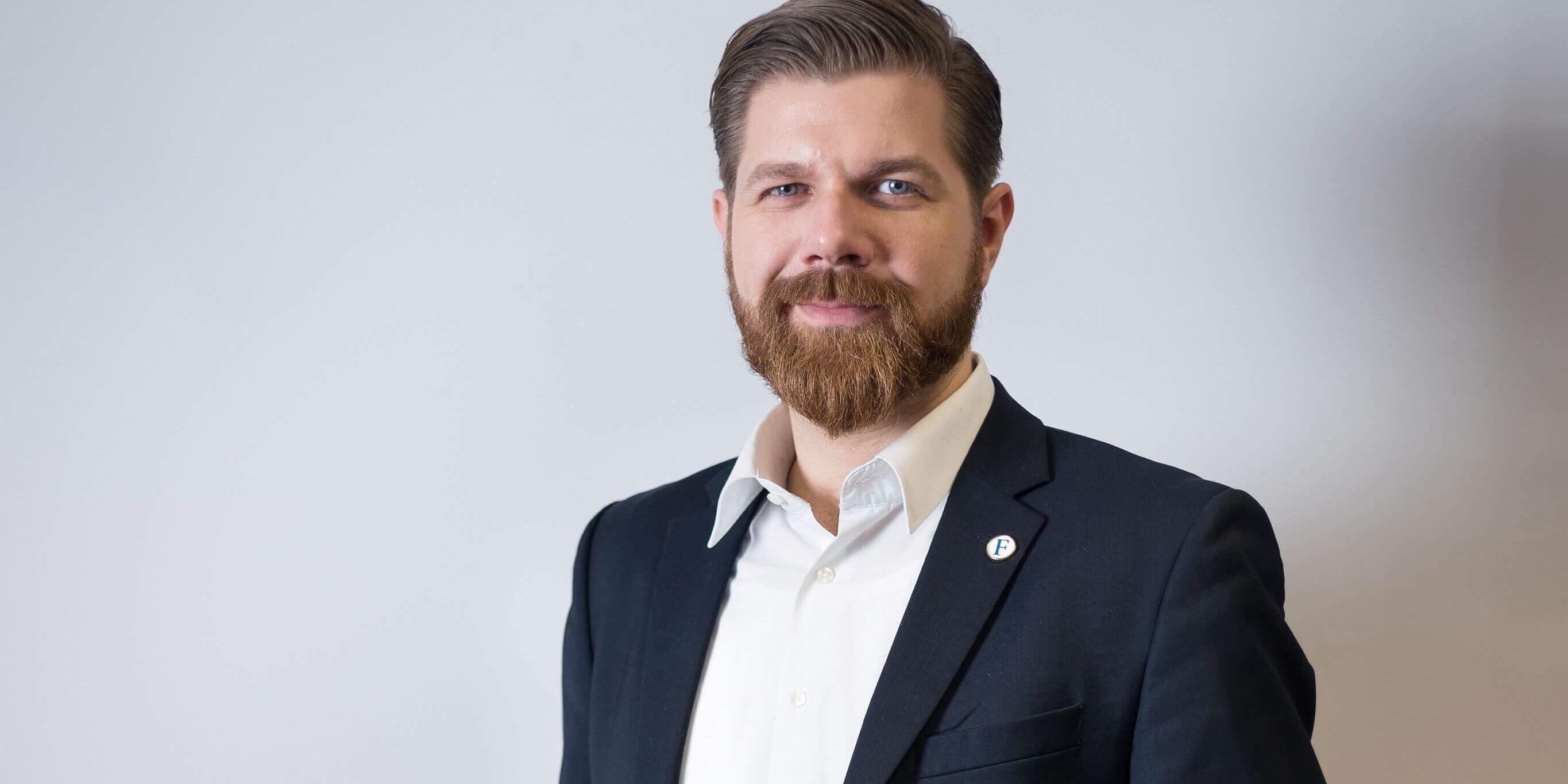 Daniel Kaddik is the Director of the Southeast Europe office of the Friedrich Naumann Foundation for Freedom, a non-profit organisation that promotes liberal values, rule of law, and economic freedom. Providing policy consultations and educational programs, the Foundation is active in more than 60 countries. Having worked previously for the Foundation in Germany, India, and Russia, Daniel Kaddik is actively involved in promoting entrepreneurship and personal and political responsibility. His main interest lays in the field of liberal policy solutions, economics and social sciences as well as entrepreneurship and citizen participation in governance. He received degrees in Governmental Studies from the University of Erfurt, European Studies from the University of Hamburg, and International Studies from the University of Birmingham. Today we talk about how to progress LGBT equality in government, schools and across society.

Hi, Daniel! In 2015 The Friedrich Naumann Foundation cooperated with the Sofia Pride Organisational Committee to put together a video contest whose main theme was “Just like you”. The idea behind this project was to create a small platform for LGBTIQ+ people and introduce them to the world as what they truly are – members of our society, who are not that much different from the majority – and that as such they deserve equal rights. What motivated and inspired you to participate in this project?

The inspiration unfortunately occurred from one of the many debates about equal rights. The narrative of opponents of equal right is that especially same sex couples want some sort of special rights. Of course, what kind of special rights that are, they can not define. Getting married to the person you love, being able to take care of your family, being recognised for who you are, or just the absence of discrimination, this is what we ask for, when we are speaking about equal rights. But also the respect for the individual is something that we often seem lacking. This starts with jokes about one’s sexual orientation and continues to outright hostility. This is often easy because the social stigma of being a member of the LGBTI community prevents a lot of people of all ages to come out and therefore, being gay or trans is something that only exists on a very abstract level for many people in Bulgaria. If it is abstract, if there is no real person, it becomes very easy to uphold hostility. Therefore, FNF together with our friends From Sofia Pride and especially GLAS decided to organise a video contest to give the subject human faces and show that when you are taking about members of the LGBTI community, you are talking about human beings with an everyday life, hopes, dreams, problems, just like you.

Given the fact that your foundation is famous for actively supporting the young population in terms of education and is also well-known for standing up for human rights, what is your take on the situation in Bulgaria, concerning the free public access to resources and information about LGBTIQ+-topics? Do you think there is currently room for improvement in this area and what are some advices or ideas you could give us?

Indeed, the treatment of LGBTI-related issues in the education system is very worrying. Especially the subject of “non-traditional” relationships in schools is still a non existent subject. Thanks to the efforts of the community, we see an improvement when it comes to the stands and offers for prevention, diagnosis of STDs.
Still, I see the situation remain rather hostile. Just look at the discussion about the Istanbul Convention and the rumours about the introduction of a third gender and gay marriage. How nationalists and religious forces actively campaigned against the convention, using LGBTI as scapegoats.

In order to hint to some light at the end of the tunnel, there is room for alliances outside the classic scope of supporters. The organisation Deystvie is about to present a study on the rights of same-sex couples in Bulgaria. This is a fantastic opportunity to break the narrative of “special rights”. Getting married is actually something rather conservative and should be used accordingly. But not only same sex couples have problems. Visiting and taking decisions on behalf of your spouse in a hospital situation is something that affects all couples. Working together here and pointing out the deficits for same sex couples would be one way to go forward, as then the community’s problems become more relatable.

According to another “Reporters without borders” report on freedom of speech around the world, Bulgaria once again occupies a very low place in the charts and is ranked 111th. What is your take on the way freedom of speech can affect LGBTIQ+ discussions in society? Do you think the lack of such correlates with and can increase hatred and ignorance regarding such topics? What are some ways to handle the language of hatred in social situations or public discussions?

One of the points that brought Bulgaria to that spot is also self censorship and the political and economic influence in the board room. With the general atmosphere in the society rather hostile to the community and the lack of free journalism, LGBTI topics are mostly excluded or often handled in a ridiculing way. Take the case of the exposed gay monk on Nova TV last year. The only thing that helps here is blowing the whistle to European institutions and investors as well as suing the media outlets.

But we also see an increased exposure of activists in the media, especially around pride. This is a positive development, but it still needs to be improved.

Would you support Sofia Pride and why?

I personally participated in Sofia Pride for the first time in 2013 in order to show support for the local community and the fight for more tolerance and equal rights in Bulgaria. Working for a foundation with a strong focus on individual and human rights, but also it being a political foundation, the decision to side along with Sofia Pride came rather natural. In 2014, the foundation started the collaboration with the first joint conference. From this, we have developed a tradition of organising a political conference in line with the theme of each year’s pride, as pride is not only a celebration of diversity, but a strong sign that we still have a long way to go for equal rights and respect. As a member of the EU, Bulgaria also signed a pledge for values. Non-discrimination and individual freedom are as just two of them. To show how this is handled in other countries, we always invite activists and politicians from other countries.

Equal rights and respect is something that we jointly have to fight, campaign, and lobby for. This is also why we are now organising for the second time a capacity building workshop for Bulgarian activists. Not only to help them to further develop their skills and strategies, but also to show one thing: we are firmly standing with the community, we believe in you, we believe that together, we can achieve change.

Do you have some general advice or message towards our Bulgarian audience?

The advice to the community in Bulgaria is rather simple and in two areas.

Compare, copy, campaign: Look at how the communities in other countries have been successful, copy their approaches where fit, and then campaign the hell out of that subject. We are fighting a political fight and that ultimately needs to be taken to the legislative process. In order to win this, it needs active partnerships and relatable campaigns. Unfortunately, we have to pick people up where they are, so these campaigns need to cater to the majority-population, not necessarily the community.

Unity and alliances: the active community is still rather small and can not afford infighting. After all, it is an uphill battle that requires joining forces. This especially also, if you want to reach out and take care of LGBTI persons that still need help to cope with the unaccepting environment. But you are not alone; you have allies that are there to fight for the cause, because they believe it is the right thing to do, because for us, it is a matter of principles to stand by your side.