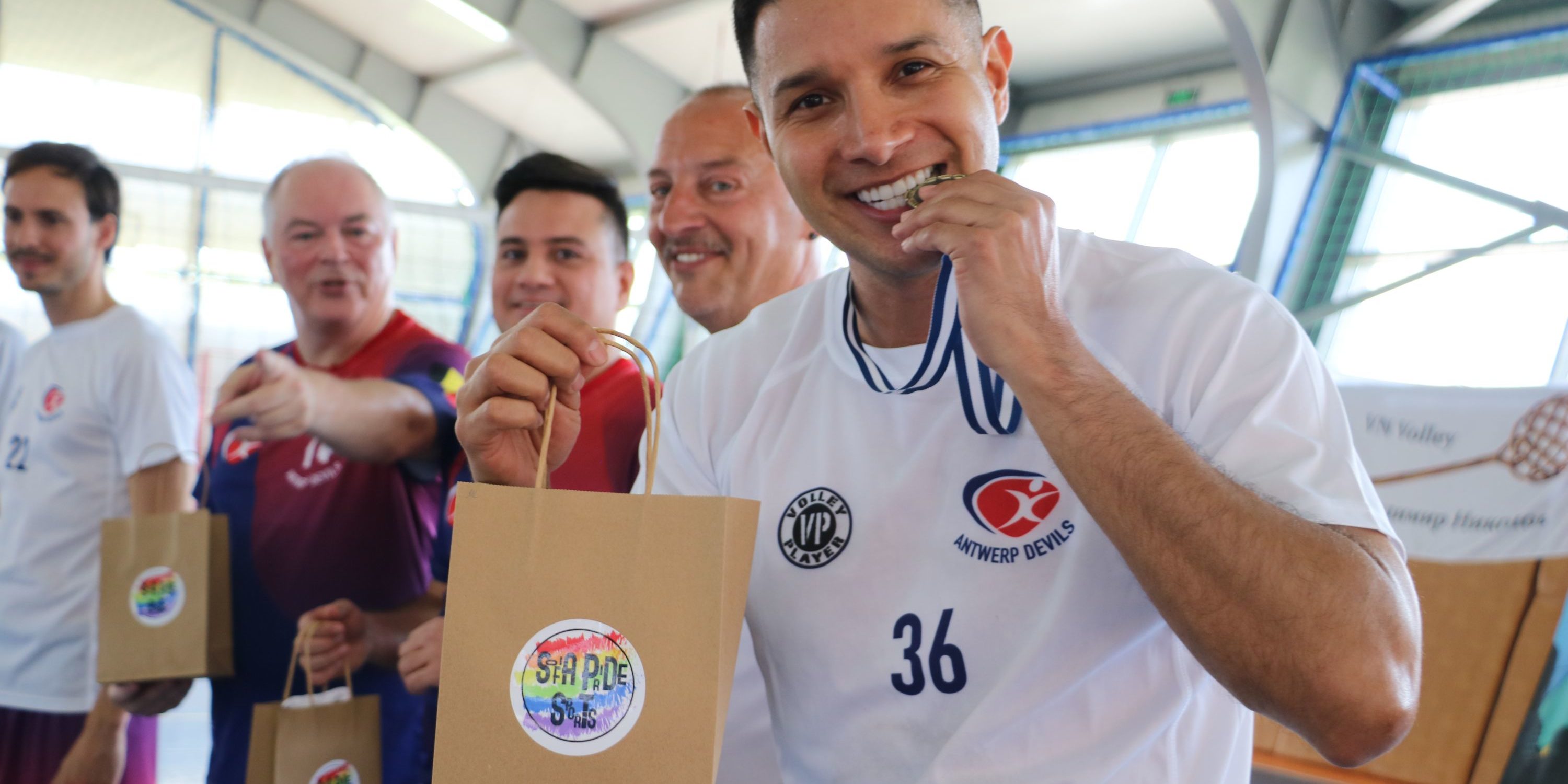 A total of 4 teams participated in the mixed tournament – Athletic, Antwerp Devils, Dream Team and Sofia Pride Team, with more than 35 men and women from Bulgaria, Belgium, Portugal and Denmark. Special guest of the event and a player at Sofia Pride Team was Lars Henriksen, Chairperson of Copenhagen Pride and Political Liason Officer at Copenhagen 2021 WorldPride and Eurogames. The atmosphere of the half-day event was amazing and the volleyball game itself was on a pretty good level. To fit the time the teams played with direct eliminations. After the exciting 4 elimination games, the grand finale was held between the male team of Antwerp Devils and the female Dream Team. The fight for the first place was severe with so many turn arounds and amazing saves that kept the spectators on their feet. Eventually, the guests from Belgium won the gold and became the first-ever winners of Sofia Pride Volleyball Tournament. Everyone was really happy and the award ceremony turned out to be quite a show. All participants received special gifts for their participation and enthusiasm and the winners from Antwerp Devils got the Tournament Cup and gold medals.

Sofia Pride Sports team considers the Volleyball Tournament one of the most successful events of the 2019 Program! We are proud and happy to share that now there are many LGBTI people who are willing to get together and play volleyball on a regular basis in Sofia. We are eager to support them and start planning the next edition of Sofia Pride Volleyball Tournament so that it gets bigger and more and more enjoyable for all.